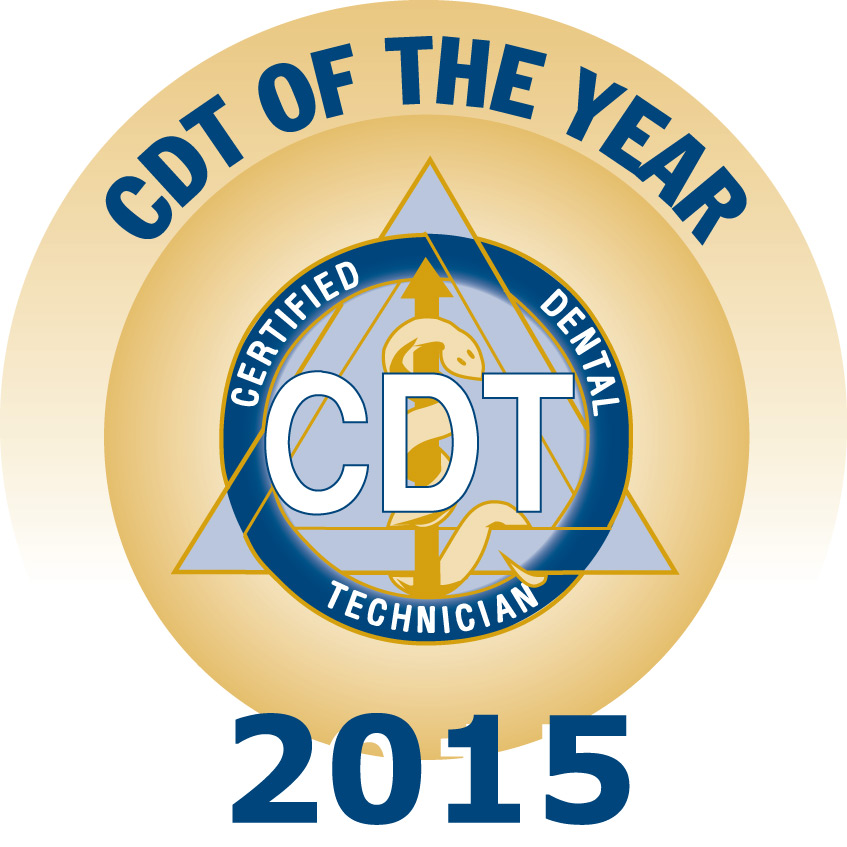 Dan R. Elfring, Master CDT, TE, has been in the dental laboratory profession for 36 years and works as the in-house technician at Pickle Prosthodontics in Colorado Springs, CO. He joined the Air Force in 1978 and received his laboratory training while in the service. He culminated his 28-year career as the most senior lab technician in the Air Force, Chief Master Sergeant, and was selected as the Dental Senior NCO of the Year during his time. Mr. Elfring earned his associate's degree in dental laboratory technology, a bachelor's degree in management, and then earned master's degrees in business administration from the University of Phoenix and human resource management from Webster University.

In his capacity at work, Mr. Elfring manages all aspects of operating the lab from scheduling case workload, ordering supplies, training ancillary staff, to equipment maintenance. On top of everything that he does for his day-to-day job, he also donates countless hours to furthering the field of dental laboratory technology. He worked with the National Board for Certification in Dental Laboratory Technology (NBC) helping to write test questions for the first test bank of the implant specialty. He was also selected in 2010 to assist NBC in updating the job task analysis. This past year, Mr. Elfring supported a team during the Chicago ITU World triathlon, which raised funds for the Foundation for Dental Laboratory Technology. Most recently, he was selected as one of five speakers at Spectrum Dialogue's Techno-Clinical Day in Chicago this month. He is a past board member for the Colorado Dental Laboratory Association and has been given numerous other awards and recognitions.

Outside of volunteering for the betterment of the DLT industry, Mr. Elfring has been involved in community service. He volunteered at the Colorado Mission of Mercy, helping to make 53 appliances for the underprivileged. He worked with Donated Dental Services, completing laboratory work for two full-mouth complex rehabilitation cases. He has volunteered for Habitat for Humanity, helped organize a city beautification project, and recruited volunteers for the Special Olympics Alaska State Bowling Tournament. Mr. Elfring was also an assistant coach for a Little League coach-pitch baseball team.

Mr. Elfring was first certified through NBC in 1995, in the Crown & Bridge specialty. He was then awarded the technologist designation in 2008. Since then, he has gone on to earn multiple specialties including Complete Dentures, Implants and Partial Dentures. Just this past October, he became certified in Ceramics to earn the title of Master CDT.

Starting in 2009, the NBC began the CDT of the Year awards program. This came about as a way for NBC to recognize and honor the individuals who stand out in the industry. Each fall, the NBC sends out a call for nominations for this prestigious award and, each fall, we get nominations with heartfelt words of support. The individuals that are nominated come from various backgrounds and include educators, laboratory owners, technicians and more.
Nominees are asked to submit documentation outlining their years in the profession, earned certifications, continuing education, dedication to certification, activities/achievements in the profession and community service for review by the NBC awards committee. It is with that criterion that we are able to determine our winner.

Congratulations again to Dan R. Elfring, Master CDT, TE, and our 2015 CDT of the Year!

CDT of the Year Archive: